Navigate thru all the sub categories of the website

The new ward structure will include four (4) wards with one Councillor representing each. Including the Mayor, Council will consist of five (5) Members.  The changes to the wards will come into place for the 2022 Municipal Election and the election will be conducted as though the ward boundary lines have already changed.

The Mayor will be elected at large at the upcoming Municipal Election in 2022.  Citizens will vote for Councillors based on the new proposed ward boundary lines.  Updated maps will be available on the municipal website in early 2022.

Council would like to thank the Municipal Board members for their time and all citizens who responded to surveys and provided comments on the ward boundary change process. 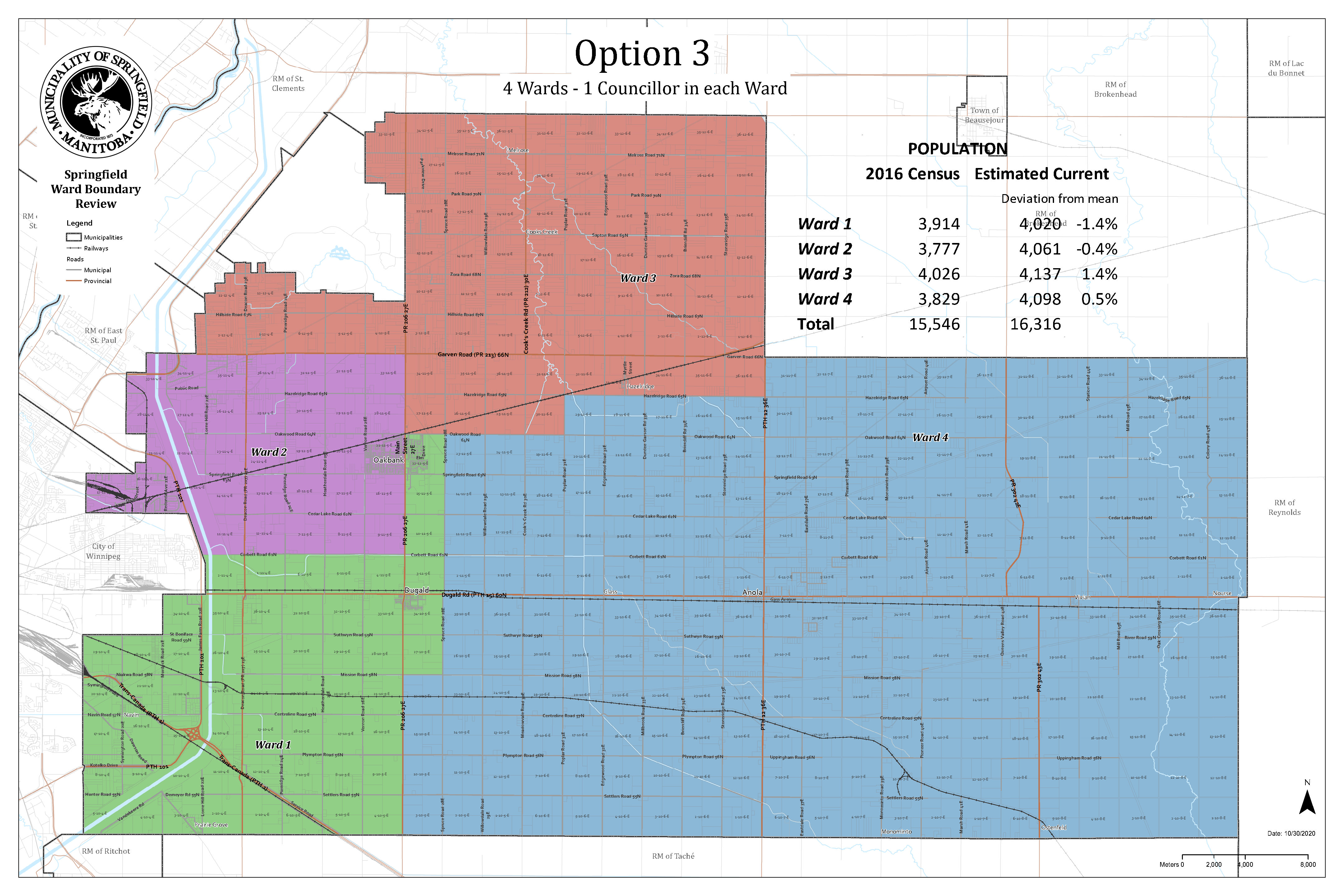 Register with us and never miss out on the latest news, events, emergency alert messages and weather for the Rural Municipality of Springfield.

Would you like to receive updates by email about the Rural Municipality of Springfield including upcoming events and local news?